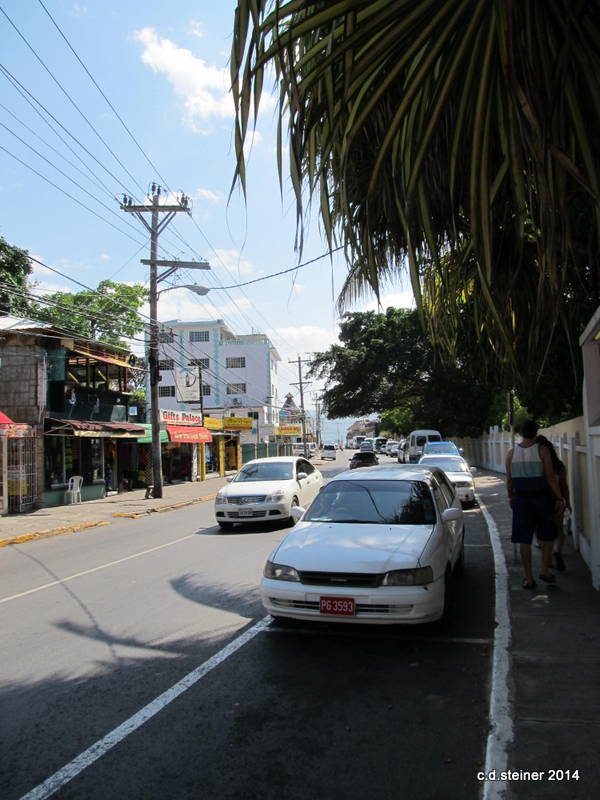 Pleasantly, I found the people of Jamaica some of the most friendliest and happiest people, even if some of their surroundings were not up to the promise of those 1980’s commercials.  There was poverty, just like many other places around the Caribbean, but there was also beauty too.  Looking out the windows of the mini-bus during our tour there was plenty of the scenery I wished I could somehow make prettier, or just give it a fresh new look.  Sadly, I knew I couldn’t.

We took a trip to Montego Bay while we were there, and some of the boys took a trip on the Bob Marley Experience, all reggae, his home and gravesite intermixed with some locally grown cannabis and red stripe beer.  The tour did NOT include the marijuana, as that is illegal in Jamaica but the tour explains the drug is grown, distributed and used heavily on the island, participation is optional.

On OUR tour, our guide shared that weed, though not legal, was heavily used, grown and sold on the Island as well.  She was almost saying it like it was a big joke, everyone smokes it and it is part of their culture.

Our first stop was a 10 minute quick jump out of the mini-bus to look at St. Peter the Apostle Church.

The place was under construction.  Clearly it was in need of repair. 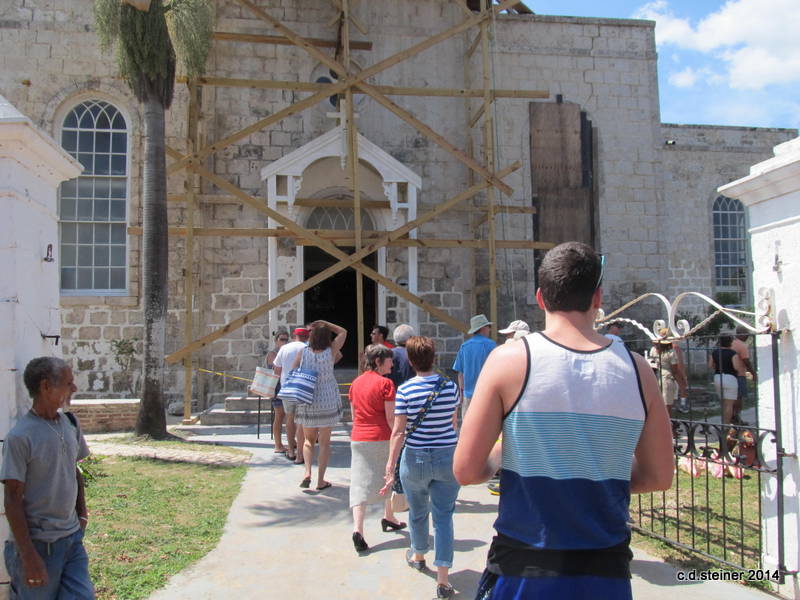 Vendors immediately rushed towards the bus wanting us to buy something.  We had 10 minutes!  Needless to say we didn’t buy anything.

Goats and dogs milled about the church grounds and gravestones. 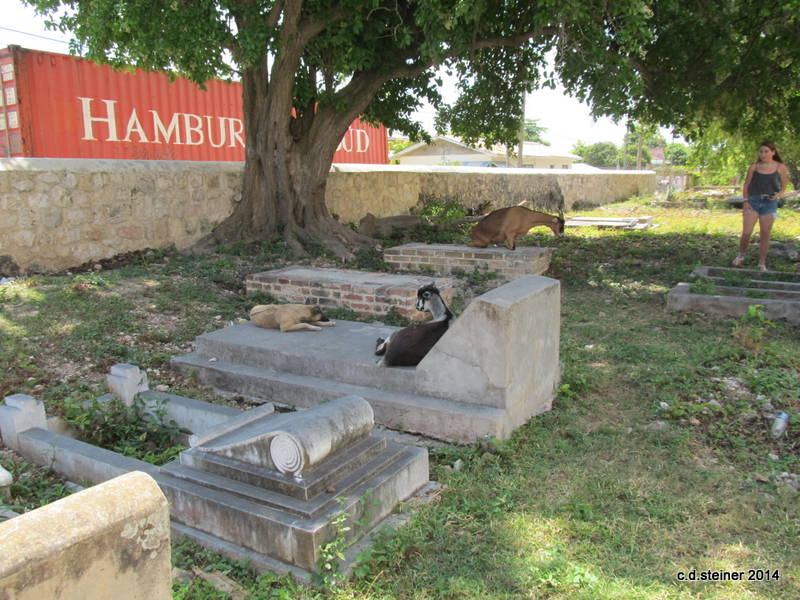 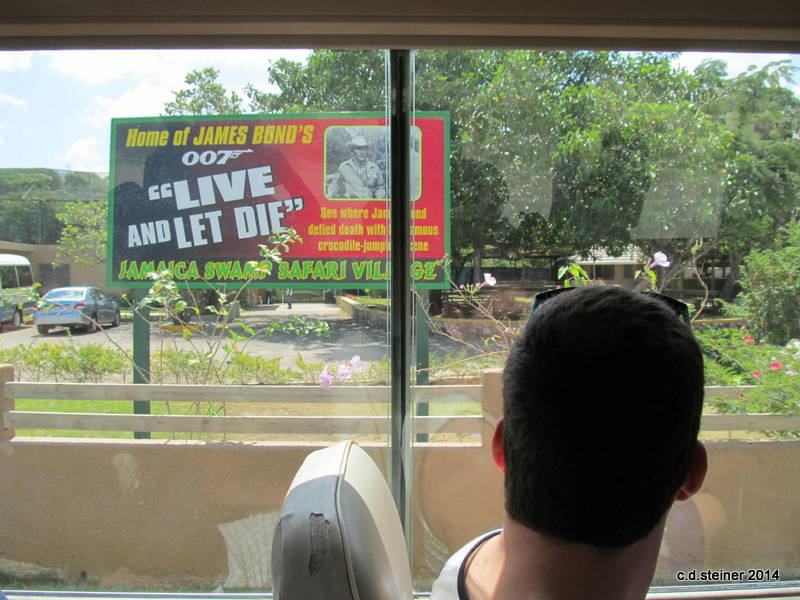 Back on the bus we slowed down at two billboards.  The famous location where James Bond jumped an alligator (above) and Usain Bolt’s childhood home.

We were getting closer to Montego Bay, we could see it now.  The blue of the water is spectacular, but we can just barely see it! 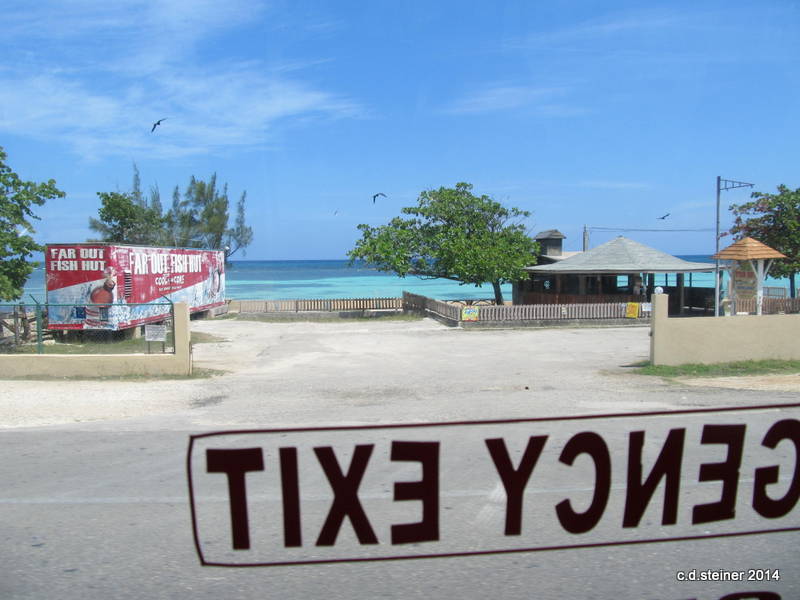 …and the ruins of an old sugar mill, a reminder of their slave ancestry when slaves were transported from Africa to work the cane fields on the Islands.

Down the hillside and parked at what our tour guide called the ‘Hip Strip’. 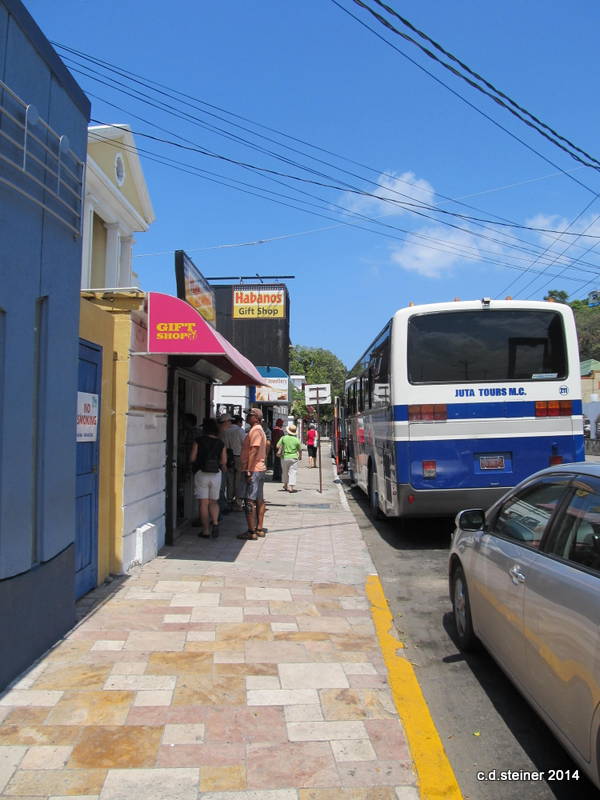 We had lunch in Montego Bay.  We paid $6.00 per person to enter an area with restaurants and the beach, another $12-15 per person for lunch and then we rented two chairs and an umbrella for $18.00.  We had 2 hours to swim, eat and hang out before we needed to get back to the bus. 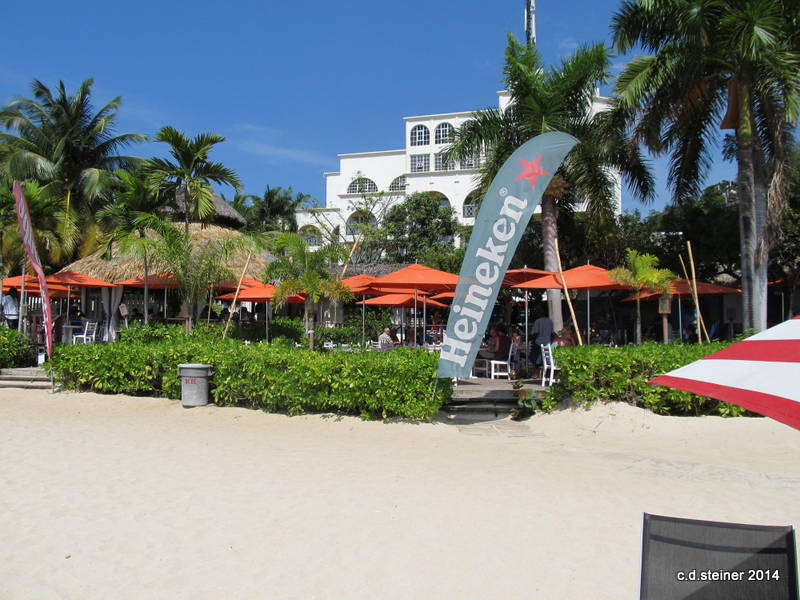 Our tour continued and we slowed down to look at the ‘catch of the day’.  Fresh fish was brought into market and the locals gathered to purchase the catch.  Snapper was a popular fish. 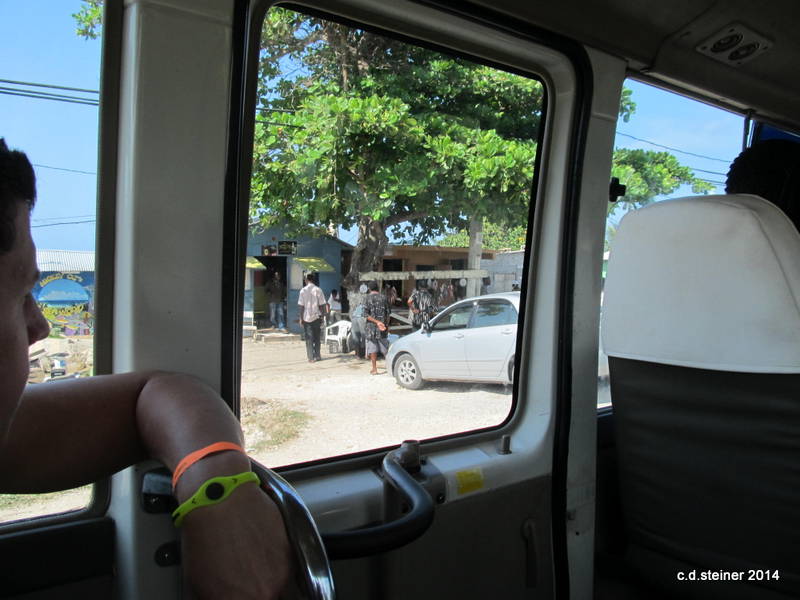 …and a quick drive by Usain Bolt’s school.

The kids were just getting out of school.  Our tour guide explained that education in Jamaica was not free, that they had to pay for it and uniforms were mandatory.  I wondered to myself if she knew that education in the United States, even though described as ‘free’ really isn’t free.  In the U.S. our property taxes go towards the schools and if you want to continue on after High School our Colleges cost as much as a Home Mortgage.

Then it was back to the ship.  Royal Caribbean spent millions building this pier and shopping district in Fallmouth.  I hope it will be helpful to the local economy.

…and back out to sea…

…goodbye to Jamaica.  We would have another day at sea before our last port of call… 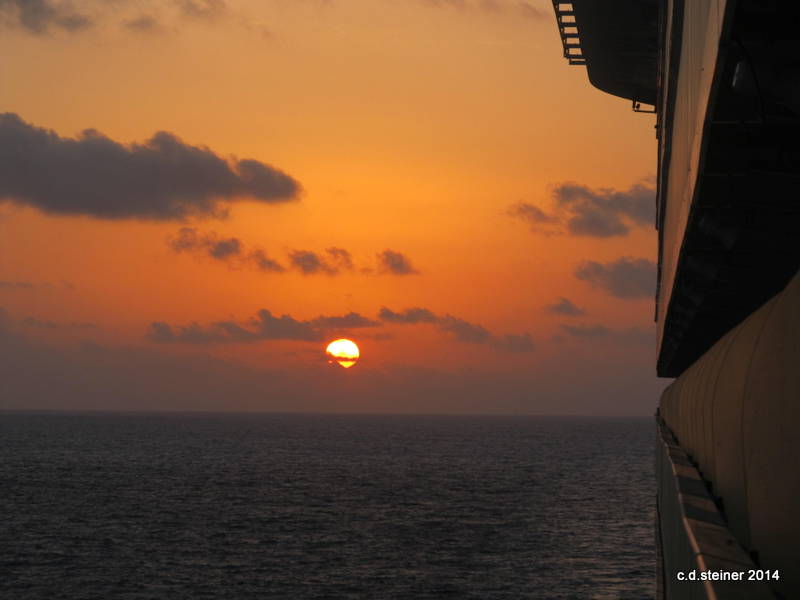 Ya Mon my friends!